My host was now leading the way down the cellar to his actual studio, and I braced myself for some hellish efforts among the unfinished canvases. As we reached the bottom of the damp stairs he fumed his flash-light to a corner of the large open space at hand, revealing the circular brick curb of what was evidently a great well in the earthen floor. We walked nearer, and I saw that it must be five feet across, with walls a good foot thick and some six inches above the ground level- solid work of the seventeenth century, or I was much mistaken. That, Pickman said, was the kind of thing he had been talking about- an aperture of the network of tunnels that used to undermine the hill. I noticed idly that it did not seem to be bricked up, and that a heavy disc of wood formed the apparent cover. Thinking of the things this well must have been connected with if Pickman's wild hints had not been mere rhetoric, I shivered slightly; then turned to follow him up a step and through a narrow door into a room of fair size, provided with a wooden floor and furnished as a studio. An acetylene gas outfit gave the light necessary for work. 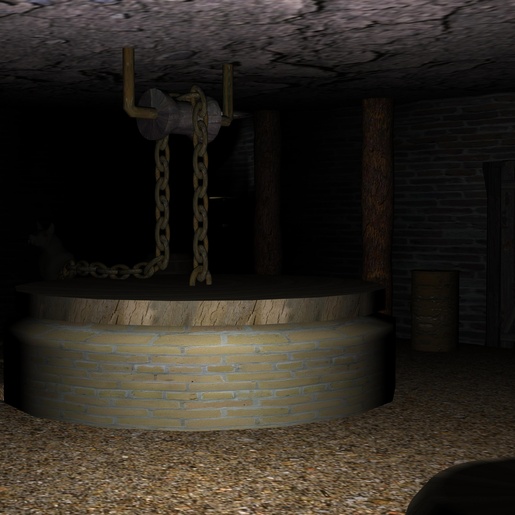