Lovecraft Country. In Your Pocket.

Compiled from archival resources discovered in the world-renowned Miskatonic University Library, the Atlas combines archival resources with modern mobile geospatial technologies to provide a rich companion for understanding both the textual and geographic context of entries found within the Pnakotic Manuscripts.

Working with a team of expert illustrators from around the world, we have supplemented the Atlas' entries with rich depictions of places situated both in ancient antiquity and the modern world.

Get it now from your favorite app store! 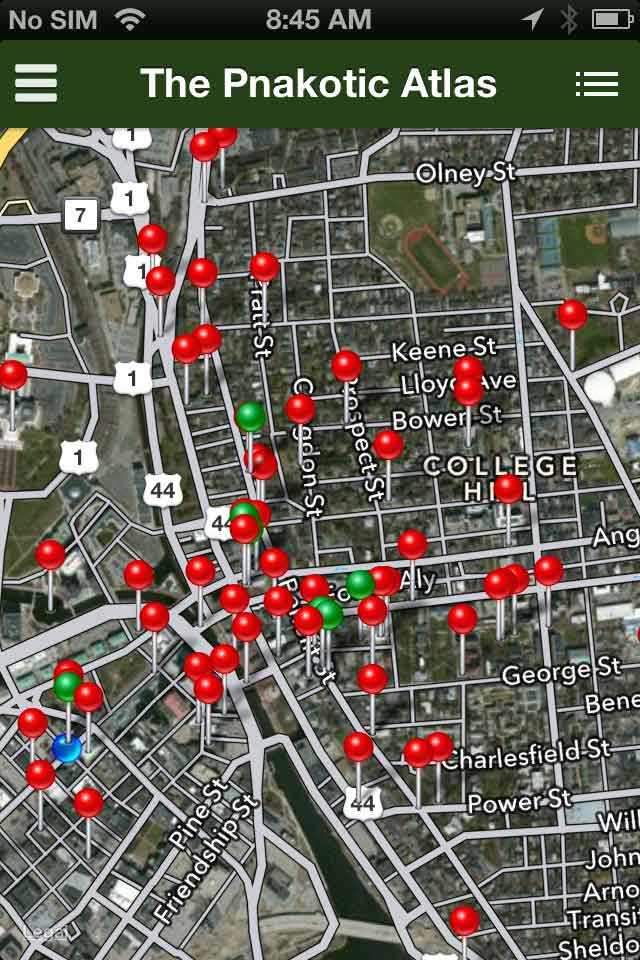 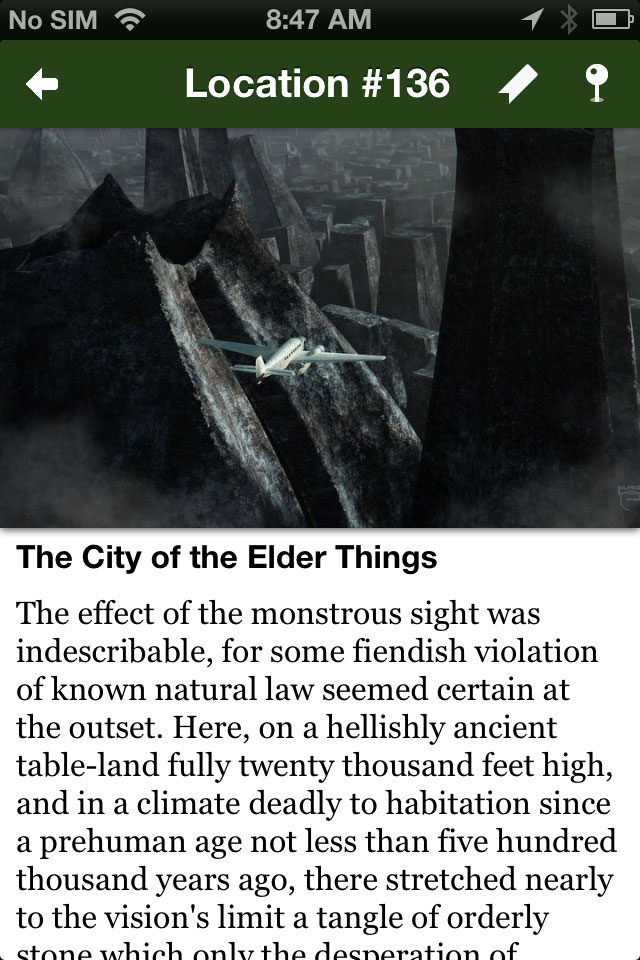 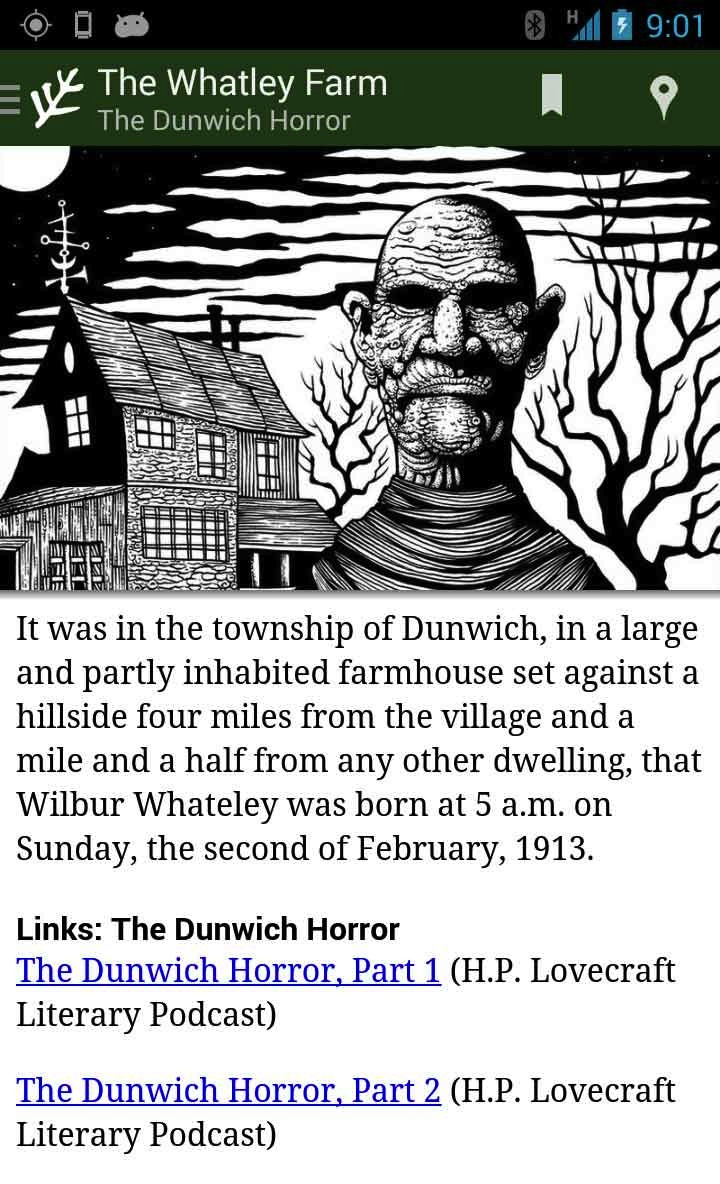 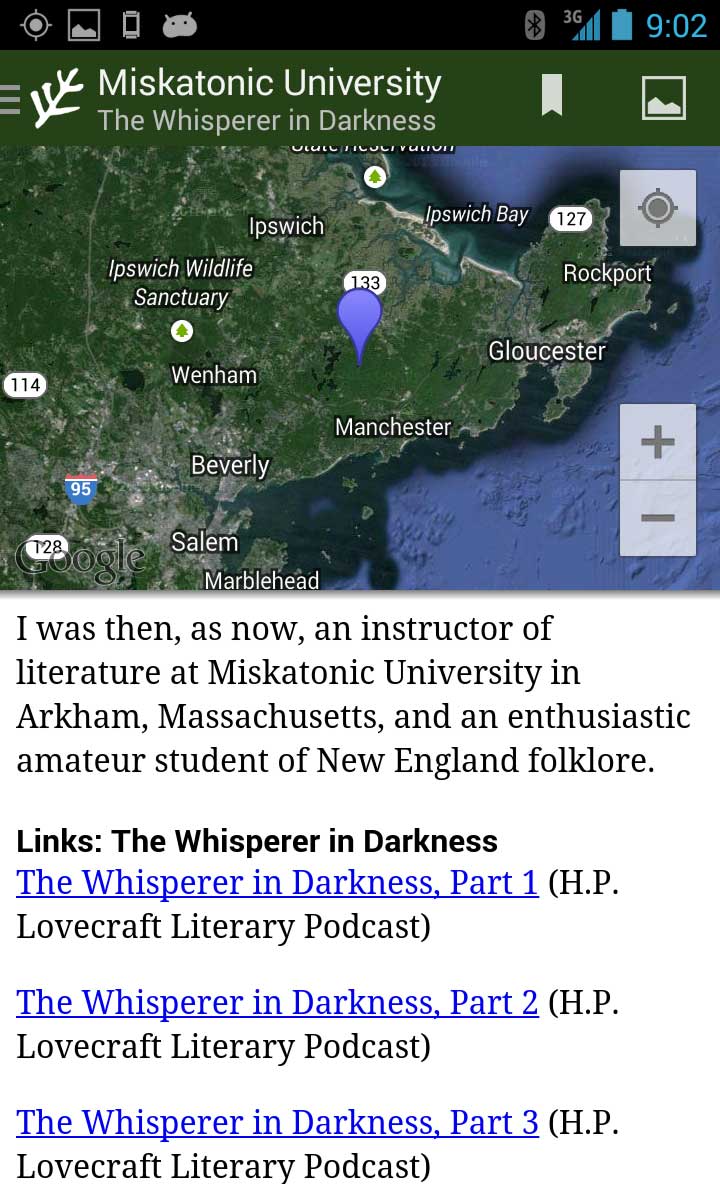 The Pnakotic Atlas is a joint effort of the Providence branch of Miskatonic University and Chicago's own Audacious Software. The University provided the content for the app, while Audacious Software provided and customized the Narrative Realms server and mobile application infrastructure.

In addition to the content and app infrastructure, the following artists contributed illustrations to The Pnakotic Atlas.

The Pnakotic Atlas WildClaw Theatre "The Shadow Over Innsmouth" (2013)

If you would like to contribute an illustration to the Atlas, please send us an e-mail. We provide a generous revenue-sharing arrangement (all revenues received are distributed to the artists) and innovative platform for promoting your work and style.

The Pnakotic Manuscripts predate the origin of man. The original manuscripts were in scroll form and were passed down through the ages, eventually falling into the hands of secretive cults. The Great Race of Yith is believed to have produced the first five chapters of the Manuscripts, which, among other things, contain a detailed chronicle of the race's history. However, others attribute them to the Elder Things, because of certain similarities to the Eltdown Shards.

The Pnakotic Manuscripts were kept in the Great Race's library city of Pnakotus (hence the name). They cover a variety of subjects, including descriptions of Chaugnar Faugn and Yibb-Tstll, the location of Xiurhn, Rhan-Tegoth's rituals, and others.

The Manuscripts in Human History

The Pnakotic Manuscripts were originally held by the people of Lomar, who studied them diligently. Later, they were passed to Hyperborea and translated into the language of that land. Here the manuscripts were added to by the Voormi. Another addition is known to have been made in earlier times by a scribe in Zobna.

The Manuscripts survived into historical times, protected by a secretive cult known as the Pnakotic Brotherhood, and are thought to have been translated into Greek in a version known as the Pnakotica. Rumors say that an English translation was made in the 15th century by an unknown scribe, but the consensus is that they exist only in manuscript form. The original scrolls of the Pnakotic Manuscripts are believed to be lost.

The Manuscripts in the Modern Era