The tales thus brought to my notice came mostly through newspaper cuttings; though one yarn had an oral source and was repeated to a friend of mine in a letter from his mother in Hardwick, Vermont. The type of thing described was essentially the same in all cases, though there seemed to be three separate instances involved - one connected with the Winooski River near Montpelier, another attached to the West River in Windham County beyond Newfane, and a third centering in the Passumpsic in Caledonia County above Lyndonville. Of course many of the stray items mentioned other instances, but on analysis they all seemed to boil down to these three. In each case country folk reported seeing one or more very bizarre and disturbing objects in the surging waters that poured down from the unfrequented hills, and there was a widespread tendency to connect these sights with a primitive, half-forgotten cycle of whispered legend which old people resurrected for the occasion. 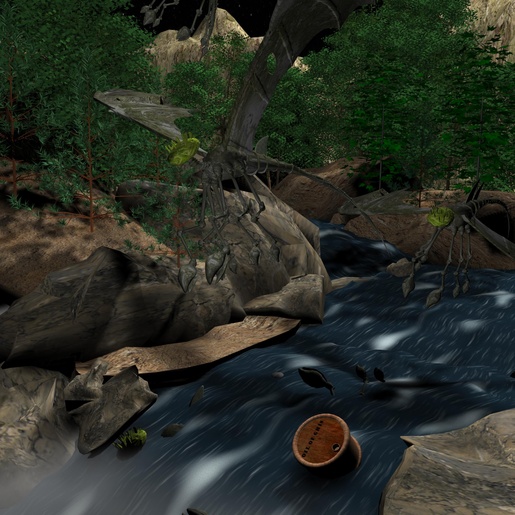