The Cave at Dark Mountain

This record, he had said, was obtained about 1 A.M. on the 1st of May, 1915, near the closed mouth of a cave where the wooded west slope of Dark Mountain rises out of Lee's swamp. The place had always been unusually plagued with strange voices, this being the reason he had brought the phonograph, dictaphone, and blank in expectation of results. Former experience had told him that May Eve - the hideous Sabbat-night of underground European legend - would probably be more fruitful than any other date, and he was not disappointed. It was noteworthy, though, that he never again heard voices at that particular spot. 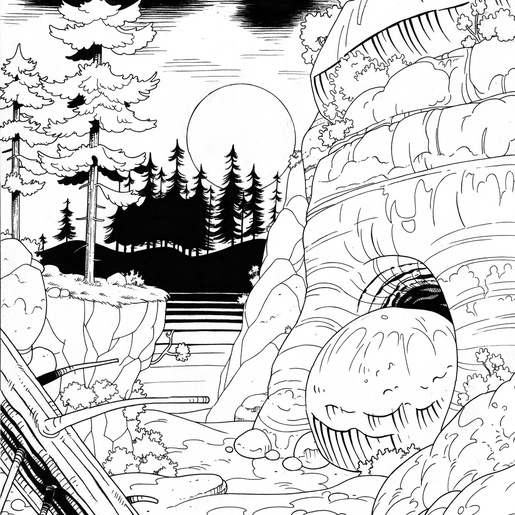