The Music of Erich Zann

The Rue d’Auseil lay across a dark river bordered by precipitous brick blear-windowed warehouses and spanned by a ponderous bridge of dark stone. It was always shadowy along that river, as if the smoke of neighboring factories shut out the sun perpetually. The river was also odorous with evil stenches which I have never smelled elsewhere, and which may some day help me to find it, since I should recognize them at once. Beyond the bridge were narrow cobbled streets with rails; and then came the ascent, at first gradual, but incredibly steep as the Rue d’Auseil was reached. 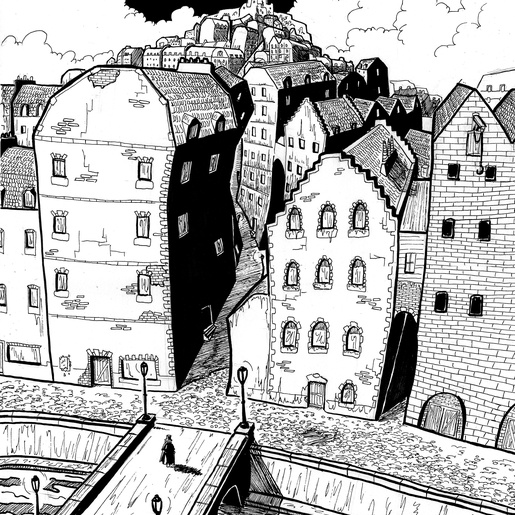