One side of the cobblestoned open space was the straight line of the river; the other was a semicircle of slant-roofed brick buildings of about the 1800 period, from which several streets radiated away to the southeast, south, and southwest. Lamps were depressingly few and small—all low-powered incandescents—and I was glad that my plans called for departure before dark, even though I knew the moon would be bright. The buildings were all in fair condition, and included perhaps a dozen shops in current operation; of which one was a grocery of the First National chain, others a dismal restaurant, a drug store, and a wholesale fish-dealer's office, and still another, at the eastward extremity of the square near the river an office of the town's only industry—the Marsh Refining Company. There were perhaps ten people visible, and four or five automobiles and motor trucks stood scattered about. I did not need to be told that this was the civic centre of Innsmouth. Eastward I could catch blue glimpses of the harbour, against which rose the decaying remains of three once beautiful Georgian steeples. And toward the shore on the opposite bank of the river I saw the white belfry surmounting what I took to be the Marsh refinery. 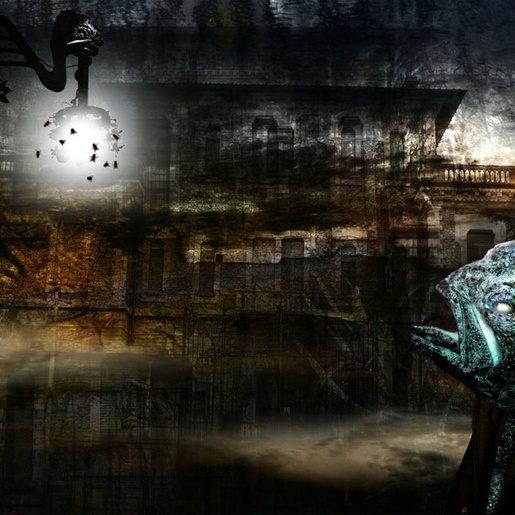