The Dreams in the Witch House

He knew his room was in the old Witch-House—that, indeed, was why he had taken it. There was much in the Essex County records about Keziah Mason's trial, and what she had admitted under pressure to the Court of Oyer and Terminer had fascinated Gilman beyond all reason. She had told Judge Hathorne of lines and curves that could be made to point out directions leading through the walls of space to other spaces beyond, and had implied that such lines and curves were frequently used at certain midnight meetings in the dark valley of the white stone beyond Meadow Hill and on the unpeopled island in the river. She had spoken also of the Black Man, of her oath, and of her new secret name of Nahab. Then she had drawn those devices on the walls of her cell and vanished. 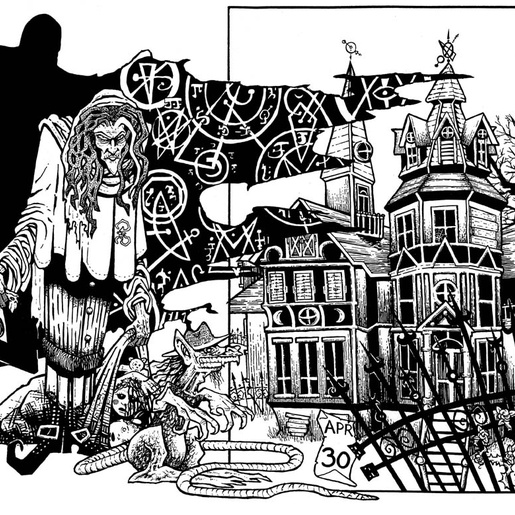