We had hardly more than turned, however, when there descended such a blinding sheet of torrential rain that shelter became imperative. The extreme, almost nocturnal darkness of the sky caused us to stumble badly, but guided by the frequent flashes of lightning and by our minute knowledge of the hamlet we soon reached the least porous cabin of the lot; an heterogeneous combination of logs and boards whose still existing door and single tiny window both faced Maple Hill. Barring the door after us against the fury of the wind and rain, we put in place the crude window shutter which our frequent searches had taught us where to find. It was dismal sitting there on rickety boxes in the pitchy darkness, but we smoked pipes and occasionally flashed our pocket lamps about. Now and then we could see the lightning through cracks in the wall; the afternoon was so incredibly dark that each flash was extremely vivid. 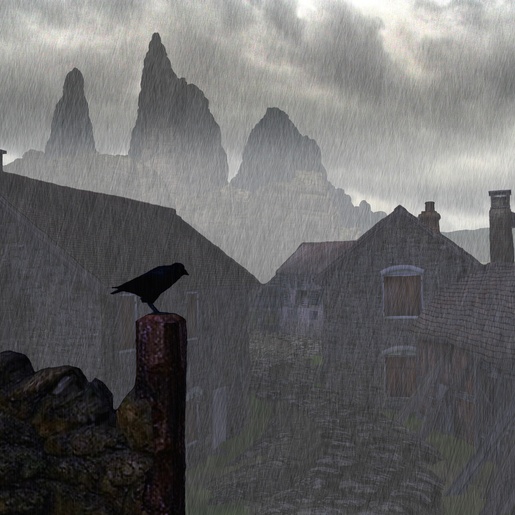