The Rats in the Walls

Piecing together the tales which Norrys collected for me, and supplementing them with the accounts of several savants who had studied the ruins, I deduced that Exham Priory stood on the site of a prehistoric temple; a Druidical or ante-Druidical thing which must have been contemporary with Stonehenge. That indescribable rites had been celebrated there, few doubted, and there were unpleasant tales of the transference of these rites into the Cybele worship which the Romans had introduced. Inscriptions still visible in the sub-cellar bore such unmistakable letters as 'DIV . . . OPS . . . MAGNA. MAT . . .', sign of the Magna Mater whose dark worship was once vainly forbidden to Roman citizens. Anchester had been the camp of the third Augustan legion, as many remains attest, and it was said that the temple of Cybele was splendid and thronged with worshippers who performed nameless ceremonies at the bidding of a Phrygian priest. Tales added that the fall of the old religion did not end the orgies at the temple, but that the priests lived on in the new faith without real change. Likewise was it said that the rites did not vanish with the Roman power, and that certain among the Saxons added to what remained of the temple, and gave it the essential outline it subsequently preserved, making it the centre of a cult feared through half the heptarchy. About 1000 A.D. the place is mentioned in a chronicle as being a substantial stone priory housing a strange and powerful monastic order and surrounded by extensive gardens which needed no walls to exclude a frightened populace. It was never destroyed by the Danes, though after the Norman Conquest it must have declined tremendously, since there was no impediment when Henry the Third granted the site to my ancestor, Gilbert de la Poer, First Baron Exham, in 1261. 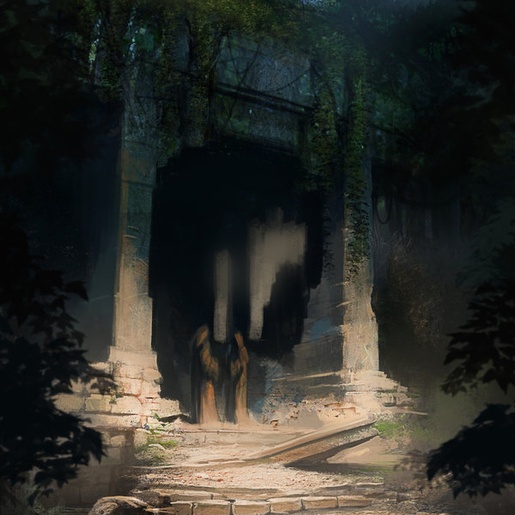