The Case of Charles Dexter Ward

When the coach crossed the Pawcatuck and entered Rhode Island amidst the faery goldenness of a late spring afternoon his heart beat with quickened force, and the entry to Providence along Reservoir and Elmwood Avenues was a breathless and wonderful thing despite the depths of forbidden lore to which he had delved. At the high square where Broad, Weybosset, and Empire Streets join, he saw before and below him in the fire of sunset the pleasant, remembered houses and domes and steeples of the old town; and his head swam curiously as the vehicle rolled down to the terminal behind the Biltmore, bringing into view the great dome and soft, roof-pierced greenery of the ancient hill across the river, and the tall colonial spire of the First Baptist Church limned pink in the magic evening against the fresh springtime verdure of its precipitous background. 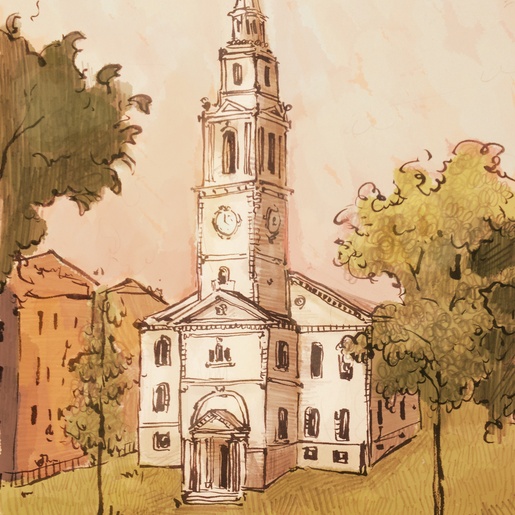