With the years, worse fortune came to the Street. Its trees were all gone now, and its rose-gardens were displaced by the backs of cheap, ugly new buildings on parallel streets. Yet the houses remained, despite the ravages of the years and the storms and worms, for they had been made to serve many a generation. New kinds of faces appeared in the Street, swarthy, sinister faces with furtive eyes and odd features, whose owners spoke unfamiliar words and placed signs in known and unknown characters upon most of the musty houses. Push-carts crowded the gutters. A sordid, undefinable stench settled over the place, and the ancient spirit slept. 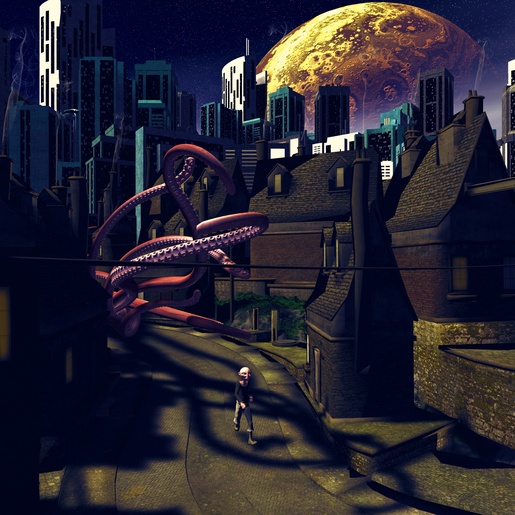