The Cliffs of Kingsport

The Strange High House in the Mist

Now north of archaic Kingsport the crags climb lofty and curious, terrace on terrace, till the northernmost hangs in the sky like a gray frozen wind-cloud. Alone it is, a bleak point jutting in limitless space, for there the coast turns sharp where the great Miskatonic pours out of the plains past Arkham, bringing woodland legends and little quaint memories of New England's hills. The sea-folk of Kingsport look up at that cliff as other sea-folk look up at the pole-star, and time the night's watches by the way it hides or shows the Great Bear, Cassiopeia and the Dragon. Among them it is one with the firmament, and truly, it is hidden from them when the mist hides the stars or the sun. 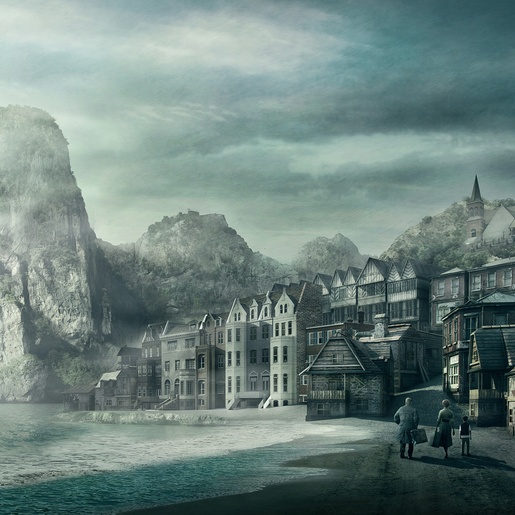