The Cliffs at Innsmouth

And Kuranes reigned thereafter over Ooth-Nargai and all the neighboring regions of dream, and held his court alternately in Celephaïs and in the cloud-fashioned Serannian. He reigns there still, and will reign happily for ever, though below the cliffs at Innsmouth the channel tides played mockingly with the body of a tramp who had stumbled through the half-deserted village at dawn; played mockingly, and cast it upon the rocks by ivy-covered Trevor Towers, where a notably fat and especially offensive millionaire brewer enjoys the purchased atmosphere of extinct nobility. 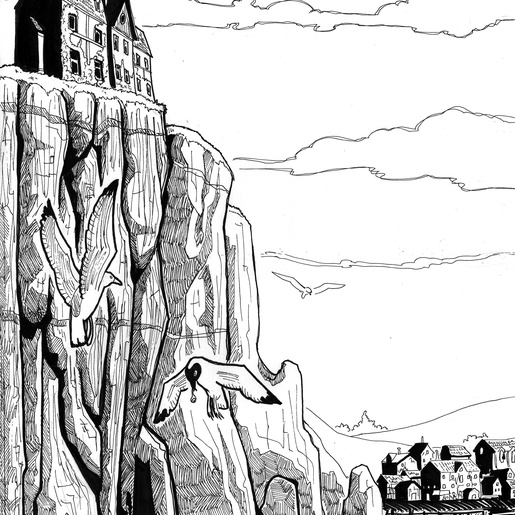