Then beyond the hill's crest I saw Kingsport outspread frostily in the gloaming; snowy Kingsport with its ancient vanes and steeples, ridgepoles and chimney-pots, wharves and small bridges, willow-trees and graveyards; endless labyrinths of steep, narrow, crooked streets, and dizzy church-crowned central peak that time durst not touch; ceaseless mazes of colonial houses piled and scattered at all angles and levels like a child's disordered blocks; antiquity hovering on grey wings over winter-whitened gables and gambrel roofs; fanlights and small-paned windows one by one gleaming out in the cold dusk to join Orion and the archaic stars. And against the rotting wharves the sea pounded; the secretive, immemorial sea out of which the people had come in the elder time. 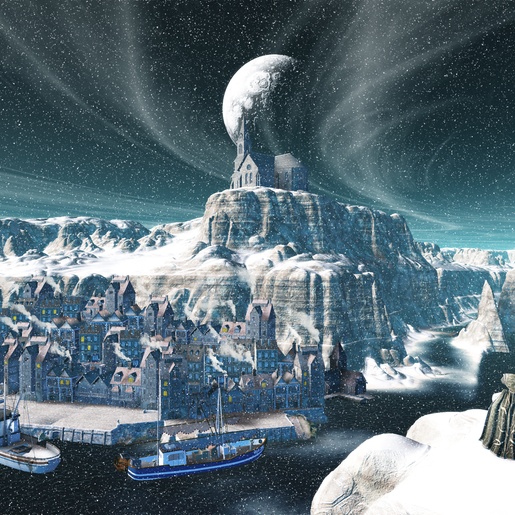