By what malign fatality were we lured to that terrible Holland churchyard? I think it was the dark rumor and legendry, the tales of one buried for five centuries, who had himself been a ghoul in his time and had stolen a potent thing from a mighty sepulchre. I can recall the scene in these final moments - the pale autumnal moon over the graves, casting long horrible shadows; the grotesque trees, drooping sullenly to meet the neglected grass and the crumbling slabs; the vast legions of strangely colossal bats that flew against the moon; the antique ivied church pointing a huge spectral finger at the livid sky; the phosphorescent insects that danced like death-fires under the yews in a distant corner; the odors of mould, vegetation, and less explicable things that mingled feebly with the night-wind from over far swamps and seas; and, worst of all, the faint deep-toned baying of some gigantic hound which we could neither see nor definitely place. 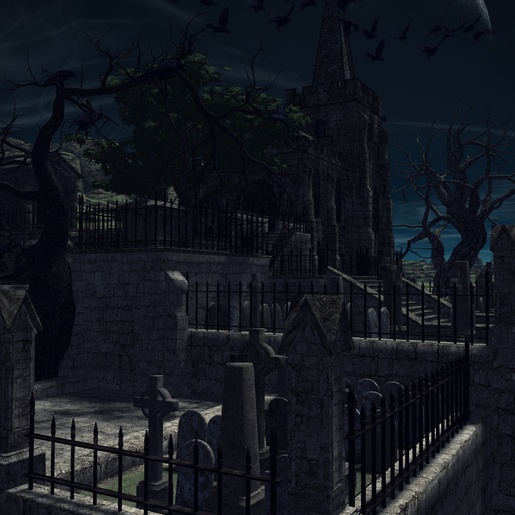