We were sitting on a dilapidated seventeenth-century tomb in the late afternoon of an autumn day at the old burying ground in Arkham, and speculating about the unnamable. Looking toward the giant willow in the cemetery, whose trunk had nearly engulfed an ancient, illegible slab, I had made a fantastic remark about the spectral and unmentionable nourishment which the colossal roots must be sucking from that hoary, charnel earth; when my friend chided me for such nonsense and told me that since no interments had occurred there for over a century, nothing could possibly exist to nourish the tree in other than an ordinary manner. 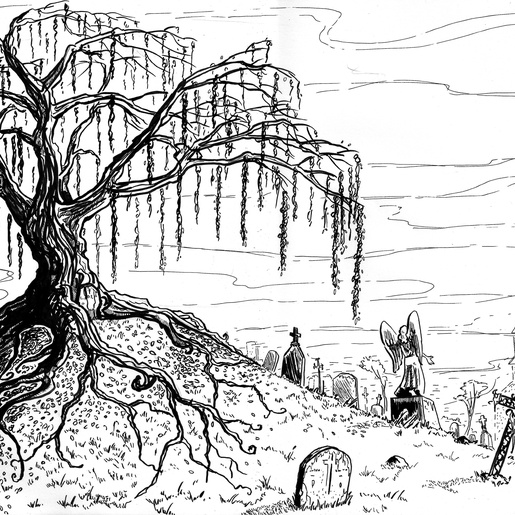