All at once my attention was captured by a vast and singular object on the opposite slope, which rose steeply about an hundred yards ahead of me; an object that gleamed whitely in the newly bestowed rays of the ascending moon. That it was merely a gigantic piece of stone, I soon assured myself; but I was conscious of a distinct impression that its contour and position were not altogether the work of Nature. A closer scrutiny filled me with sensations I cannot express; for despite its enormous magnitude, and its position in an abyss which had yawned at the bottom of the sea since the world was young, I perceived beyond a doubt that the strange object was a well-shaped monolith whose massive bulk had known the workmanship and perhaps the worship of living and thinking creatures. 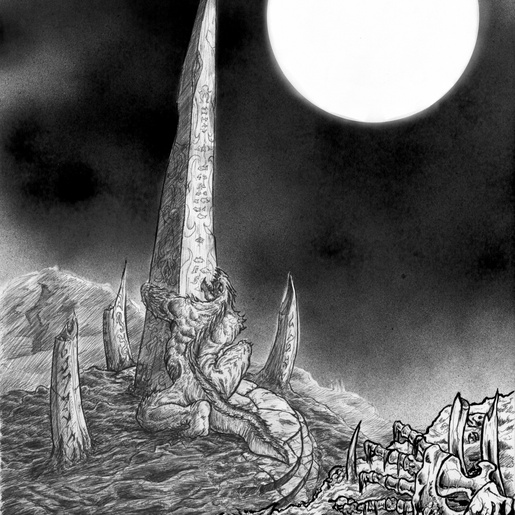