The railway journey was tolerable enough, and consumed only four hours and a half. We saw much of the Suez Canal, whose route we followed as far as Ismailiya and later had a taste of Old Egypt in our glimpse of the restored fresh-water canal of the Middle Empire. Then at last we saw Cairo glimmering through the growing dusk; a winkling constellation which became a blaze as we halted at the great Gare Centrale. 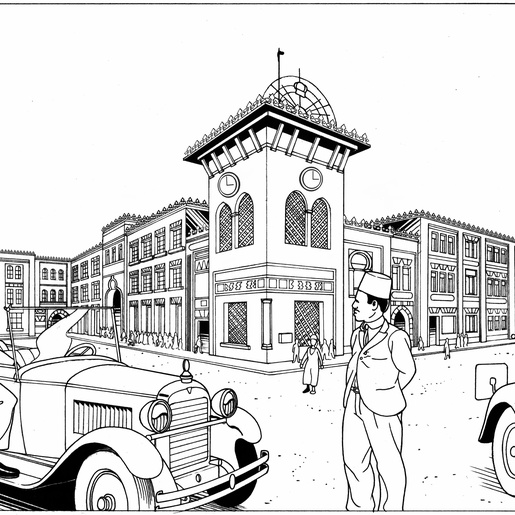