The Mosque of Mohammed Ali

At length Abdul took us along the Sharia Mohammed Ali to the ancient mosque of Sultan Hassan, and the tower-flanked Babel-Azab, beyond which climbs the steep-walled pass to the mighty citadel that Saladin himself built with the stones of forgotten pyramids. It was sunset when we scaled that cliff, circled the modern mosque of Mohammed Ali, and looked down from the dizzy parapet over mystic Cairo—mystic Cairo all golden with its carven domes, its ethereal minarets and its flaming gardens. 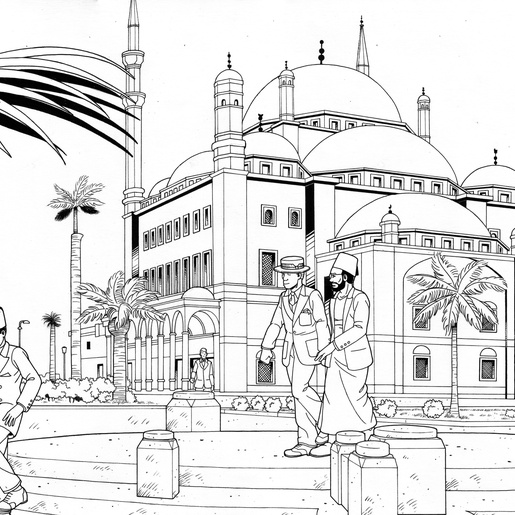