The Metropolitan Museum of New York

Minor pyramids and the traces of ruined minor pyramids are found in several places, and the whole plateau is pitted with the tombs of dignitaries of less than royal rank. These latter were originally marked by mastabas, or stone bench-like structures about the deep burial shafts, as found in other Memphian cemeteries and exemplified by Perneb's Tomb in the Metropolitan Museum of New York. At Gizeh, however, all such visible things have been swept away by time and pillage; and only the rock-hewn shafts, either sand-filled or cleared out by archaeologists, remain to attest their former existence. Connected with each tomb was a chapel in which priests and relatives offered food and prayer to the hovering ka or vital principle of the deceased. The small tombs have their chapels contained in their stone mastabas or superstructures, but the mortuary chapels of the pyramids, where regal Pharaohs lay, were separate temples, each to the east of its corresponding pyramid, and connected by a causeway to a massive gate-chapel or propylon at the edge of the rock plateau. 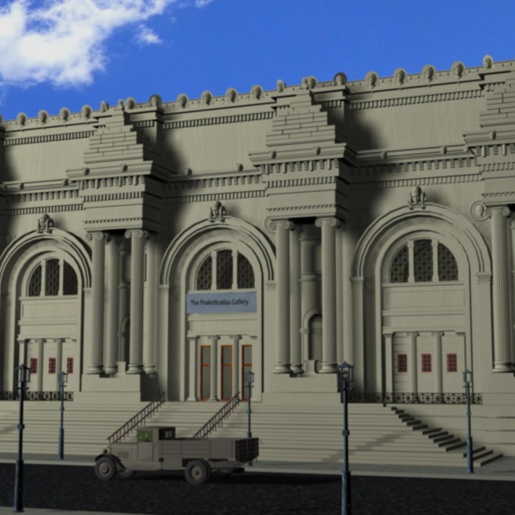