"Small towns have big secrets. In the dead of winter, an eager young student of anthropology is pulled toward the strange and isolated village of Innsmouth, Massachusetts, where the only thing more disquieting than the furtive townsfolk is the pervasive odor of death, decay, and rotting fish in the air. Some say a pagan cult drove all of the orthodox churches out. Some say there are endless tunnels beneath the town. And some say they’ve seen devils on the reef by the light of the moon. But all who hear its name, spoken in hushed whispers throughout New England, will agree on one thing: there is a dark and sinister shadow over Innsmouth." Playing from Dec. 13 through Jan. 26 at Chicago's Athenaeum Theatre. 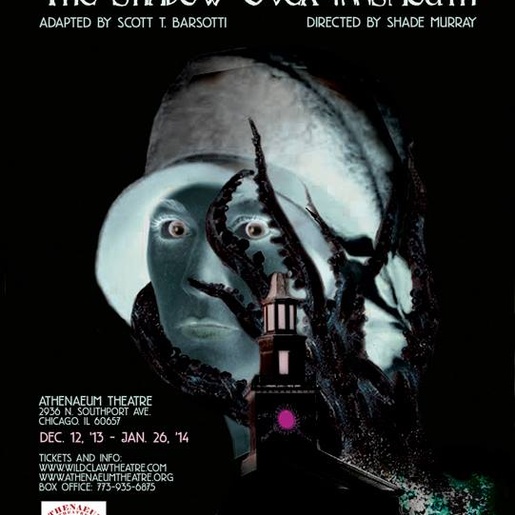