The Abyss Beneath the Desert

The dimensions of the hole were fully in proportion with those of the columns—an ordinary house would have been lost in it, and any average public building could easily have been moved in and out. It was so vast a surface that only by moving the eye could one trace its boundaries…so vast, so hideously black, and so aromatically stinking… Directly in front of this yawning Polyphemus-door the things were throwing objects—evidently sacrifices or religious offerings, to judge by their gestures. 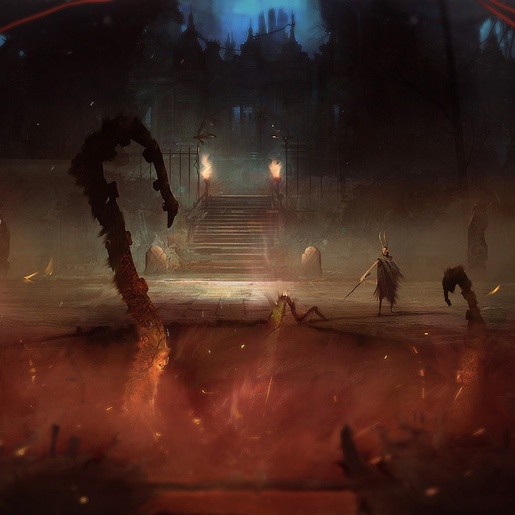