The Horror in the Museum

Fully ten feet high despite a shambling, crouching attitude expressive of infinite cosmic malignancy, a monstrosity of unbelievable horror was shown starting forward from a cyclopean ivory throne covered with grotesque carvings. In the central pair of its six legs it bore a crushed, flattened, distorted, bloodless thing, riddled with a million punctures, and in places seared as with some pungent acid. Only the mangled head of the victim, lolling upside down at one side, revealed that it represented something once human. 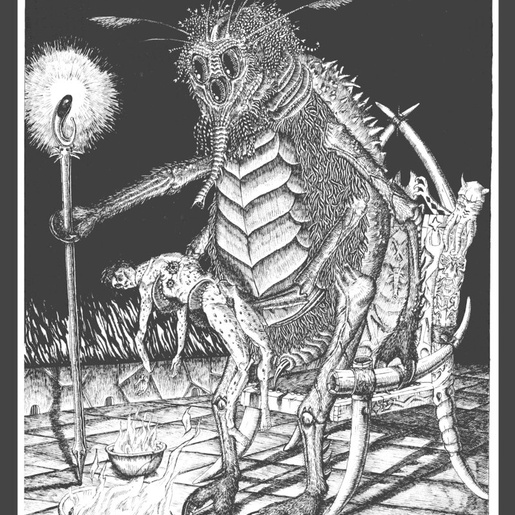