Confronted at last with the Atlantis I had formerly deemed largely a myth, I was the most eager of explorers. At the bottom of that valley a river once had flowed; for as I examined the scene more closely I beheld the remains of stone and marble bridges and sea-walls, and terraces and embankments once verdant and beautiful. In my enthusiasm I became nearly as idiotic and sentimental as poor Kienze, and was very tardy in noticing that the southward current had ceased at last, allowing the U-29 to settle slowly down upon the sunken city as an airplane settles upon a town of the upper earth. I was slow, too, in realizing that the school of unusual dolphins had vanished. 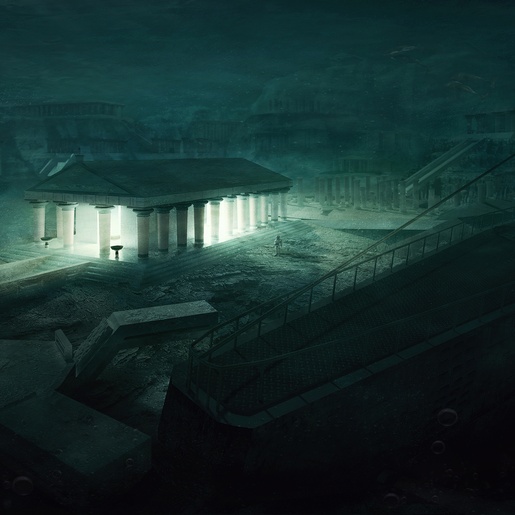