The Cavern Beneath the City

This temple, as I had fancied from the outside, was larger than either of those I had visited before; and was presumably a natural cavern since it bore winds from some region beyond. Here I could stand quite upright, but saw that the stones and altars were as low as those in the other temples. On the walls and roof I beheld for the first time some traces of the pictorial art of the ancient race, curious curling streaks of paint that had almost faded or crumbled away; and on two of the altars I saw with rising excitement a maze of well-fashioned curvilinear carvings. As I held my torch aloft it seemed to me that the shape of the roof was too regular to be natural, and I wondered what the prehistoric cutters of stone had first worked upon. Their engineering skill must have been vast. 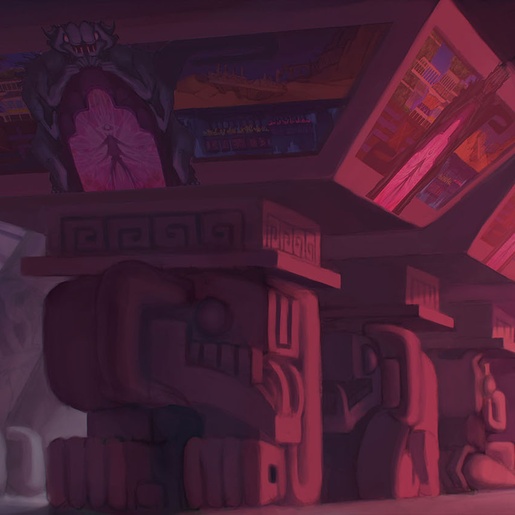