The Call of Cthulhu

My uncle at once telephoned the family, and from that time forward kept close watch of the case; calling often at the Thayer Street office of Dr Tobey, whom he learned to be in charge. The youth's febrile mind, apparently, was dwelling on strange things; and the doctor shuddered now and then as he spoke of them. They included not only a repetition of what he had formerly dreamed, but touched wildly on a gigantic thing "miles high" which walked or lumbered about. He at no time fully described this object but occasional frantic words, as repeated by Dr Tobey, convinced the professor that it must be identical with the nameless monstrosity he had sought to depict in his dream-sculpture. Reference to this object, the doctor added, was invariably a prelude to the young man's subsidence into lethargy. His temperature, oddly enough, was not greatly above normal; but the whole condition was otherwise such as to suggest true fever rather than mental disorder. 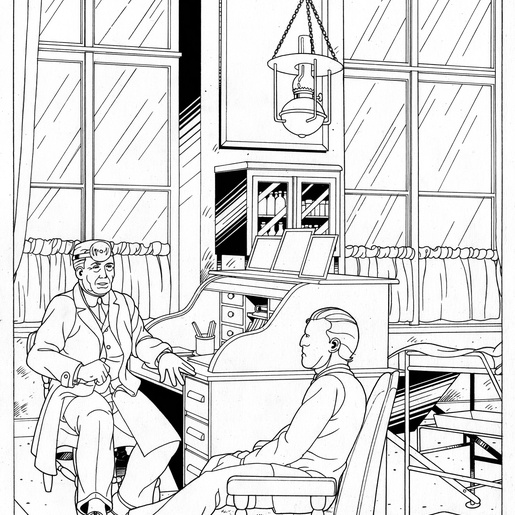