The Call of Cthulhu

Of the cult, he said that he thought the centre lay amid the pathless deserts of Arabia, where Irem, the City of Pillars, dreams hidden and untouched. It was not allied to the European witch-cult, and was virtually unknown beyond its members. No book had ever really hinted of it, though the deathless Chinamen said that there were double meanings in the Necronomicon of the mad Arab Abdul Alhazred which the initiated might read as they chose, especially the much-discussed couplet: That is not dead which can eternal lie, And with strange aeons even death may die. 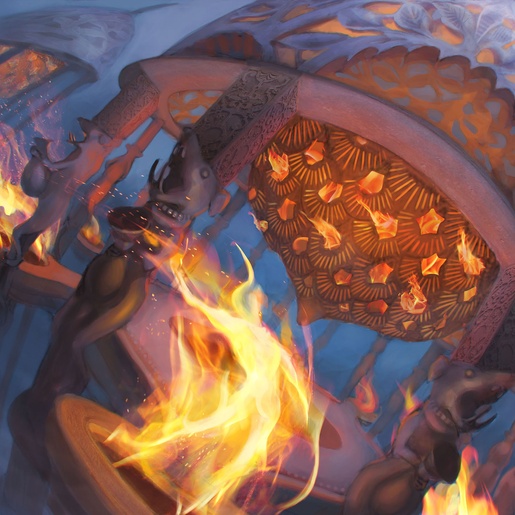