The Colour Out of Space

But even all this was not so bad as the blasted heath. I knew it the moment I came upon it at the bottom of a spacious valley; for no other name could fit such a thing, or any other thing fit such a name. It was as if the poet had coined the phrase from having seen this one particular region. It must, I thought as I viewed it, be the outcome of a fire; but why had nothing new ever grown over these five acres of grey desolation that sprawled open to the sky like a great spot eaten by acid in the woods and fields? It lay largely to the north of the ancient road line, but encroached a little on the other side. I felt an odd reluctance about approaching, and did so at last only because my business took me through and past it. There was no vegetation of any kind on that broad expanse, but only a fine grey dust or ash which no wind seemed ever to blow about. The trees near it were sickly and stunted, and many dead trunks stood or lay rotting at the rim. As I walked hurriedly by I saw the tumbled bricks and stones of an old chimney and cellar on my right, and the yawning black maw of an abandoned well whose stagnant vapours played strange tricks with the hues of the sunlight. Even the long, dark woodland climb beyond seemed welcome in contrast, and I marvelled no more at the frightened whispers of Arkham people. There had been no house or ruin near; even in the old days the place must have been lonely and remote. And at twilight, dreading to repass that ominous spot, I walked circuitously back to the town by the curious road on the south. I vaguely wished some clouds would gather, for an odd timidity about the deep skyey voids above had crept into my soul. 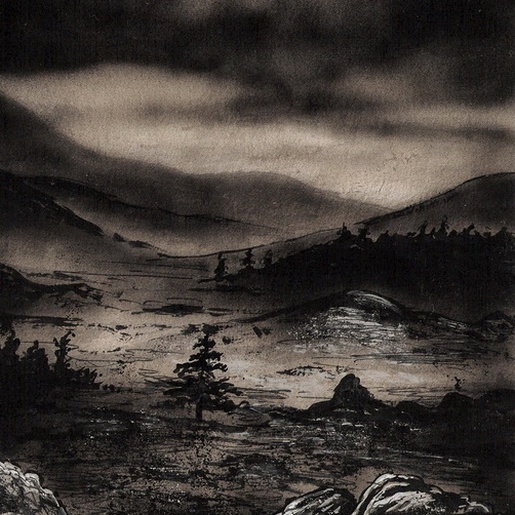